Iodine Supplements scare no thanks Bonsoy and Vitasoy 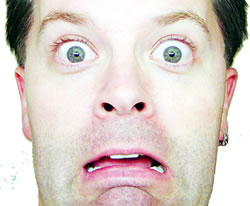 There’s a commotion in the news media at the moment generating fear in people’s minds about iodine supplements.  If you’ve been under a rock, it’s due to a class action suit against Spiral Food’s Bonsoy soy milk because of how much iodine they added to the product.  This follows in the heels of similar suits against Vitasoy for the same thing a few years ago.

“Journalism is the investigation and reporting of events, issues, and trends to a broad audience.”
Wikipedia

And hoopla is what the media seems to do best these days – hype and hysteria without much eye on keeping to the facts.

Kombu or Kelp is the ingredient added to the soy milk that has caused the fuss.  But they are not the bad guys here.  The Japanese have centuries of generations to show that sea vegetables are good food. Seaweed is a key ingredient in Asian diets.

And to be clear, Iodine supplements are not the bad guy here either.

When we go away from eating whole foods and eat highly processed foods, or foods made to substitute for another food, we open the door for mistakes.

The media presents this as a case about iodine supplements, not about poor manufacturing.
There is no defense for providing unsafe foods.  People whose health has been adversely affected by poor manufacturing practices are fully justified in whatever course of action they choose.

If you have been a loyal fan of Bonsoy and believe your health may have been affected, see your GP first.

No-one has accused vegetables of being pretty, and one of the least attractive looking is seaweed.  Yet seaweed nutrition is one of the best natural sources of life-giving vitamins and minerals available.

Minerals are elements or compounds formed by the earth, and are a necessary nutrients for the health and wellbeing of your body.  As our land gets more and more overworked by agriculture, the natural renewing of the land is often pushed aside in favour of chemical fertilisers. The end result is an ever-decreasing resource of minerals in the soil and then our food.

The nutrition you can get from seaweed is can be as high as 20 times the mineral content from land vegetables.

Apart from vitamins and minerals, seaweed nutrition is high in protein, amino acids, omega-3 fatty acids, and dietary fibre.  All of these combined promote a healthy body and may prevent or even treat a variety of diseases.

Modern medicine is only beginning to study and understand the benefits of many of Mother Nature’s remarkable gifts from the sea.

What we know so far about the nutrients in seaweed is that it can be used to help treat:

If eating seaweed everyday isn’t what you live for, we invite you to contact us about how a tasty drink can give you all of these benefits and more. It tastes great, is made to be taken daily and even comes with a 45-day money-back guarantee!

Note – Seaweed is a good source of overall nutrition for your body.  But too much of a good thing is not “gooder”.  Large amounts of some vitamins or minerals can cause health problems and counteract your intention of healthy well-being.